Full Name
Rachel Louise Snyder
Speaker Bio
Rachel Louise Snyder is the author of Fugitive Denim: A Moving Story of People and Pants in the Borderless World of Global Trade, the novel What We’ve Lost is Nothing, and No Visible Bruises: What We Don’t Know About Domestic Violence Can Kill Us. Her print work has appeared in the New Yorker, the New York Times magazine, Slate, Salon, theWashington Post, the Huffington Post, the Chicago Tribune, the New Republic, and others.

Since 1991, Snyder has traveled to more than fifty countries. In 1998, she spent two months traveling through Tibet, Nepal and India and interviewed the Dalai Lama. In 2000, she spent a month driving across Cuba on the eve of the new millenium. Once, she attended a fashion show in the desert outside of Niamey, Niger at midnight—a fact she has never managed to work into any story anywhere. She has covered natural disasters like Hurricane Mitch in Honduras in 1998 and the Asian tsunami in Aceh, Indonesia in 2005.

In 2003, she relocated from Chicago to Phnom Penh, Cambodia and became a contributor for the public radio shows “Marketplace” and “All Things Considered.” While there, she rescued a Cambodian street dog and gave birth to her daughter. The dog is surprisingly uppity. After six years in Cambodia, she moved to Washington, DC and created the 3-minute interstitial “The Global Guru” which she also hosted. “The Global Guru” aired on more than 100 NPR stations across the country and received a 2010 “Zeitfunk Award” for the third most licensed interstitial of the year by the Public Radio Exchange (PRX). 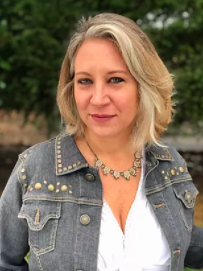